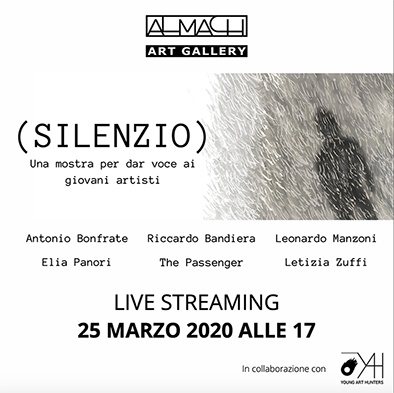 (Silence)' will be a virtual exhibition, a group show of young artists who, through their personal interpretation and artistic style, will reinterpret the theme in question. What is silence? Especially at a time like this, we are getting used to hearing it, to feeling it more often. Different visions will communicate with each other, because silence does not mean absence of sound for those who have something to convey. Always surrounded by noise, in this particular moment it is easier to perceive it, maybe a little scared but only because we are not used to live with it. Even if the streets are empty, the contacts are limited and we are burdened with an increasingly virtual communication, this does not mean silencing ideas, cancelling one's perceptions, stopping creating, on the contrary, what we want to do is to draw new stimulus from it.

Almach Art Gallery opens its doors to the promises of art and young curators, organizing the first of a series of events dedicated entirely to them. Initially in a digital format, the event will make us live a virtual path, but made of real works, the exhibition will then be presented in our premises, as soon as it will be possible to reopen the visits. 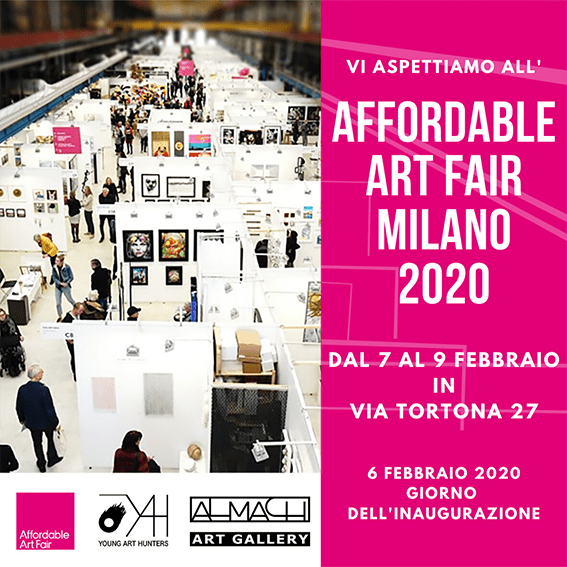 Almach Art Gallery will be present at Affordable Art Fair Milano 2020 with 6 of his artists, including 2: Elia Panori and Leonardo Manzoniwho have participated in the exhibitions of YAH (Young Art Hunters). It will be a great opportunity for established and emerging artists of the Milanese panorama to exhibit their works.